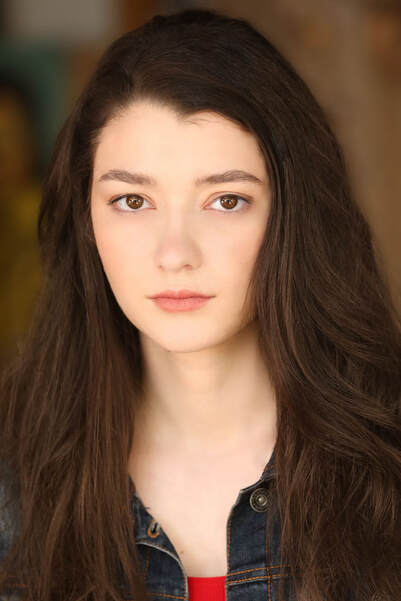 Victoria is a professional actress, singer, and dancer. Victoria worked on the Emmy-nominated HBO limited series, THE UNDOING, alongside Nicole Kidman and acted with Tony Award-Winner Matt Doyle in the pilot, TRUTH SLASH FICTION. She starred in a Stephen King Dollar Baby film adaptation of NONA as Nona and won a Best Acting Award for her performance in the short film, TREPIDATION. Victoria starred in 2 Off-Broadway shows, landing her first lead role at just 13 years old! Her Off-Broadway credits include UNTITLED SHAPE SHOW and THE CHRISTMAS MACHINE.​

Victoria started dancing at the young age of one and a half. Through dance, she discovered acting and singing, starting her professional career at the age of nine. Victoria performed and competed vocally with her High School’s Honor Choir at Walt Disney World, where they were awarded the Supreme Title. She is honored to have worked with many of the industries finest, including NBC, ABC, and Disney Casting. Victoria is known in the industry for her noteworthy work ethic, and is consistently described by directors as, “A natural born performer who gives every performance her all”! Victoria currently studies acting, dance, and voice privately in New York City and Los Angeles. In her spare time, she loves to choreograph, create makeup/fashion looks, visit theme parks, produce content, and volunteer. A fun fact about Victoria is that she recently graduated as Valedictorian of Pace University!

Victoria thanks everyone who has supported her and continues to support her on this wonderful journey, especially her parents and older brother.